Our experts will reply you very soon.

All You Need To Know About Variety Of Coir 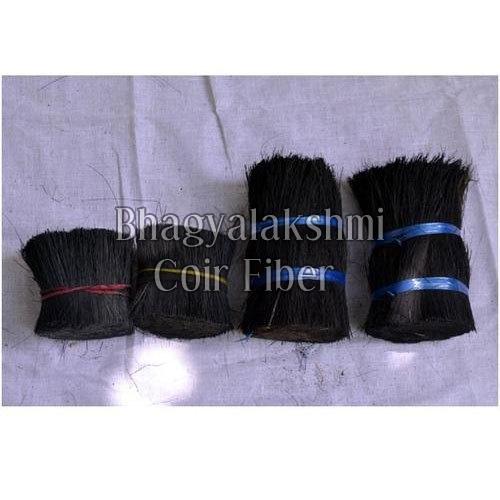 Coir is a naturally occurring fibre which is extracted from the coconut’s husk. Due to its source of extraction, coir is often called as coconut fibre. It is used widely for the production of items like the mats for floor, doormats, various types of brushes and even mattresses.


As per the black coir bristles supplier in India, the fibre usually attains a yellow tinge which is formed due to the deposition of lignin on its walls. On average, the cells present in the fibre have an average size of 1mm in length with a diameter of about 10 to 20 micrometres. The average length of the fibres is about ten to thirty centimetres.


What are the different types of coirs?

There are usually three types of coir which are available widely in the market, the brown, white and the black coconut coir.

The brown coir is made out of the ripe coconut. As it is formed out of matured fibres, it is quite strong, thick and has a high resistance against abrasions. Each type of coir is used in a certain kind of application like the brown coir are used for padding the upholstery and sacking. It is even used in the field of horticulture.


The brown coir contains a higher amount of lignin with a relatively lesser amount of cellulose. Due to this proportion of contents, these coir is strong but not very flexible.

Coming to the white coloured coirs, they are made from the unripe coconuts. The white fibre is comparatively more smooth, fine, but also weaker. It is usually spun into a yarn which is used for making mats and ropes. As the white coloured coir is finer compared to the brown ones and is thus used in the manufacture of products like brushes, strings, rope, and even fishing nets.


Apart from being used in various types of items, they are also used in boats and buoys. It is because this coir does not sink and can be used in deep water to keep the boats from sinking.

Apart from these two types of coir, another range of coir, a little less available is the black coir. It is often known as the Black Coir Bristles. The black coir is used in the manufacture of top quality bristles due to its texture. It is the longest type of fibre which is manufactured out of the husks of the retted coconut. The process through which these fibres are manufactured is known as defibring.


As per the black coir bristles supplier, the fibre of this coir is extracted and then combed using combs made out of steel. This helps in cleaning and removing the short fibres from the processed ones. Once cleaned, the coir is ideally used in the manufacture of bristles of brushes which are used for both domestic as well as commercial purposes.

This entry was posted on October, 18, 2019 at 16 : 34 pm and is filed under Black Coir Bristles. You can follow any responses to this entry through the RSS 2.0 feed. You can leave a response from your own site.